For Angel Coating it is a matter of pride that our success of 14 years (2006-2020) has come without compromising of our products and its quality. We are planning to take our company to international markets along with the national presence in various Indian markets. The company has always maintained a strong double-digit growth rate which is nearly around 120-150 tones by the end of every month. We at Angel Coating largely support the concept of make in India which inspires, empowers, and enables the investment within the country which results into the growth of the industrial sector

Mr. Vipul Patel is one of the most identified name in the coating industry and is the key founder of “Angel Coating”. He holds a bachelor degree of science from Gujarat university in the year 1999 and has a work experience of more than 6 years in resin field with a well-known company into paint industry and later in the year 2006, he came up with his own entrepreneurship skills and introduced Angel Coating into the market.

With the help of his technical and commercial wisdom the company has received an impetus growth and is very well established which resulted as a financially and technologically progressive company. During the company’s introduction stage, he was a sole engineer, designer, and support representative for the company at large and even now he actively participates in various departments of the company.

Mr. Vishal Karkar (Patel) is another highly recognized name in coating industry. He holds a master’s degree of science from Istar-Anand with specialization in Surface Coating Technology which adds up as an innovative asset to the company.

Mr. Karkar has received a special training from Dubai regarding the additives in the paint industry from a well-known additive manufacturing company with the help of which the company was achieving successful revolution after he joined the company in the year 2012. Further he leads the business by implementing innovative approaches for product development and fulfilling the client’s various requirements. An expert of paint technology, he gears the growth of angel coating by strategic formulations to drive predetermined goals.

Since 2006, We have huge experience and knowledge of international standard coatings systems and are dedicated to providing the best economical solutions to our valued customers. We Won Many Awards and Certificates.

Get Our Application On 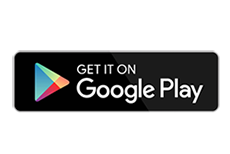